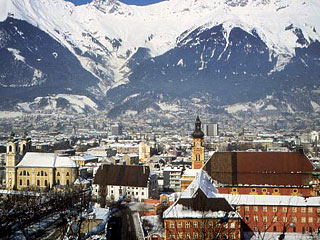 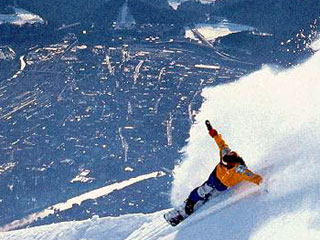 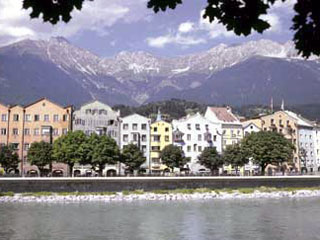 Innsbruck view from the river Inn

Austria is a relatively small, landlocked country bordered by eight other countries each with its own unique people and culture. Furthermore, the country has a unique geography including the dominent Alpine area, lakes, glaciers and woodland. As a result of this diversity surrounding them, there is also a strong sense of the indiviudal identities and traditions of the populations of each of Austria's nine provinces. Despite these local differences however, Austrians are proud of their country and of their national identity.


Austria has long been a popular tourist destination for Germans, with Germans accounting for approx 50% of all visitors in 2005. However it is also becoming an increasingly popular destination for visitors from North America and also Australia who are thought to view it as a country free of terrorist threats.

Places to go in Austria

Austria was won by Rudolf of Hapsburg in 1278 and remained largely under the control of the Hapsburg House until World War I. In 1815 after the Congress of Vienna the country emerged as the dominant power of the continent, a position further strengthened by the "Ausgleich" of 1867 which established dual sovereignty between the Austrian Empire and the Kingdom of Hungary.


The dominance and rule of the Austro-Hungarian Empire over diverse and increasingly nationalistic lands including German, Serbian, Romanian and many others, created increasing tensions and difficulties. Eventually these tensions errupted in the form of the assassination by a young Serbian nationalist of Archduke Francis Ferdinand in Sarajevo in 1914. This act is widely regarded as having been a catalyst leading to World War I, which in itself was the beginning of the end of the Austro-Hungarian Empire.


At the time of the first world war, Austria-Hungary had been one of the dominant central powers along with Germany, and Turkey. The result of the war was however to leave the country in political chaos and economically crippled. Austria and Hungary were separated after the war once more, and the newly formed country of Austria was declared a republic in 1918.


In the 1930s when the strength of the Nazis in Germany became evident as did their wish to establish a union between Austria and Germany, the then Austria Chancellor Engelbert Dolfuss established a dictatorship in an attempt to prevent the building of any such union. In July 1934 Dolfuss was assassinated by the Nazis. Von Schuschnigg, Dolfuss's successor continued to struggle with the aim of maintaining and independent Austria, however his attempts failed when in March 1938, German troops occupied the country. Hitler thereafter proudly announced Austria's Anschluss (Union) with Germany and consequently with the emerging 'Third Reich'.


Following the end of World War II, despite the official liberation of the country from the Nazia, the Russians continued the occupation of Austria. It wasn't until May 1955 when Austria finally regained full independence from the USSR's occupying forces, and started the history of modern Austria as we know it today.

It was the federal constitution of 1920 that secured Austria's political status as a federal, parliamentary and democratic republic. After the second world war, this status was reintroduced to the each of the 9 federal states.


The country's parliament, which consists of two chambers, is located in the capital and largest city, Vienna where the directly elected Head of State (Federal President) also sits. Appointed by the President, the Chancellor is the Chair of the government. The first of the two parliamentary chambers consisting of 183 seats, is the Nationalrat which is elected every four years by the Austrian population. This chamber is the dominant force in terms of determining legislation, however the upper house of parliament (known as teh Bundesrat) still retains a limited right of veto.


In October 2006 elections, it was the Social Democrats who were victorious as the largest party and now lead a grand coalition under the chancellorship of Alfred Gusenbauer.

Austria is situated at the heart of Europe nestling between the former 'eastern' and 'western' countries. It is split into nine provinces, Vorarlberg, Tirol, Salzburg, Upper Austria, Carinthia, Styria, Burgenland, Lower Austria, and Vienna, the capital city and a major river port on the Danube.


Approximately 75% of the western, southern, and central regions of the country is dominated by the mountainous territory of the eastern Alps. As a consequence of this mountainous terrain it is blessed with snowfields, glaciers, and snowcapped peaks, the highest being the Grossglockner (12,457ft; 3,797m). The famous Danube river flows across the northern part of the country between Germany and Slovakia. Forests and woodlands cover about 40% of the land, making it a stunning country in terms of its geography and landscapes and explaining why it is such a popular tourist detsination for those who pursue outdoor activities.

Austria's economy is heavily dependent on its strong export business. It's exports which were valued at over US$200 billion in 2006, made up over 60 per cent of the country's GDP. This export business has flourished as it's neighbour Germany has prospered in the past 1-2 years in particular, increasing demand for Austrian good and services.


Austria has also benefited greatly from the EU's eastern expansion over recent years given its position at the revised heart of the EU. It has become an important centre for EU regional trade as well as gaining new export markets. In addition, the new EU countries account for over a third of Austria's foreign direct investment. The challenge going forward is for Austria to maintain its competitiveness in the face of its lower cost, lower tax neighbours to the east.