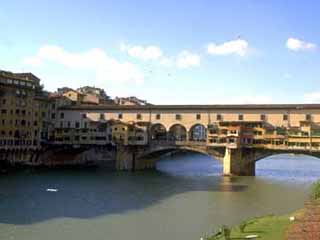 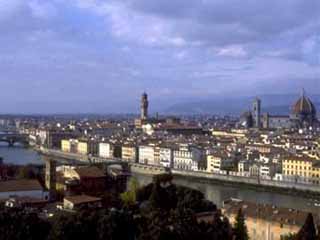 View of Florence at dusk 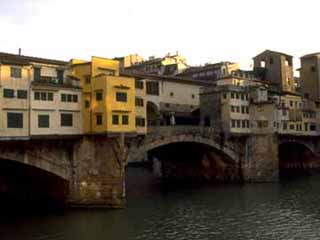 Italy is famous for its passion and its incredible beauty. But it is so much more than just this; it is also chaotic, colourful, noisy, full of history and rich in art.


Besides its well-known, big cities like Rome or Pisa, Italy also offers stunning landscapes – from the sunny beaches of Sicily and Sardinia to the snowy Dolomites – the whole country is full of a certain flair that you simply have to discover yourself.


Italians are generally seen as charming, stylish and uninhibited and you could say all of that is true in some way. For a lot of people in Italy, maintaining la bella figura (face) is the most important thing.


At the same time, Italians can be quite traditional; family ties for example still play an enormous role in the country’s culture. Three generations living together under one roof is quite common. Italians love football – the major teams are Juventus Turin and AC Milan. Motor Sports is also really big, the Italian Grand Prix held at Monza and the San Marino grand Prix at Imola are real mass spectacles.


Regarding food, it is not only pesto, pizza and Bolognese sauce that Italy is famous for. There is a wide range of regional specialities you might discover during your stay. Make sure you have some wine- Italy produces some great wines like Barolo or Chianti. Also, try Peroni, the national beer.

Places to go in Italy

The fascist period of the twentieth century was a low point in Italy’s history. In 1925 Mussolini gained power and entered the country into WWII on the side of Germany. The defeat followed and Mussolini was killed by partisans in 1945.


Insofar as the post war era is concerned, Italy can be called highly successful; it was one of the founding members of the EC (European Community); it survived a time of terror during the Seventies and grew economically until 1980, at which point followed several crises and bribery scandals.


Media magnate Silvio Berlusconi became Prime minister in 1994 for a short while, and in 2001 he again became Italy’s Prime Minister. After the vote in 2006, the country’s general elections were won by Romano Prodi, who is supported by a centre-left coalition.

The center-left parties created the Olive Tree coalition while the centre-right is united under the House of Freedoms colation. The coalitions continued into the 2001 and 2006 national elections with the Olive Tree coaltion winning the latter and being the current ruling group.


The most important political party has been the Christian Democratic Party (Partito Democrazia Cristiana—DC), which is considered to be around the centre of the political spectrum. It can be described as a religious and an anti-class party. The other really important party is the Italian Communist Party (Partito Comunista Italiano—PCI), Western Europe’s biggest Communist party.

Italy is surrounded by the Adriatic, Lingurian, Tyrrhenian and Ionian seas and as such has got more than 8000km of coastline. About three quarters of the inland area is mountainous (the Alps on the Northern border, the Apennines run over a distance of 1350km from north to south). About five per cent of the country is covered by National Parks and there are over 400 nature reserves and wetlands.

Since the end of World War II, Italy’s economy has developed from an agriculturally based economy into the world's sixth-largest economy in USD exchange-rate terms. It depends largely on the processing and the manufacturing of goods, very often in small family-owned firms. Italy belongs to the G8 Group of industrialized nations; it is also a member of the European Union and the OECD.