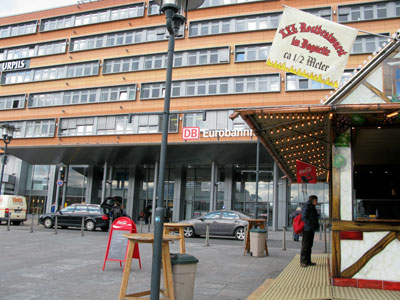 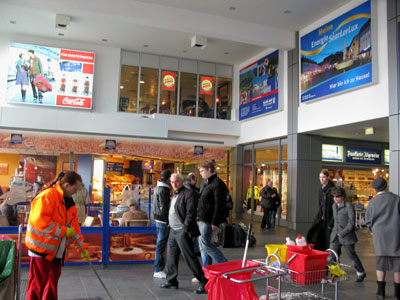 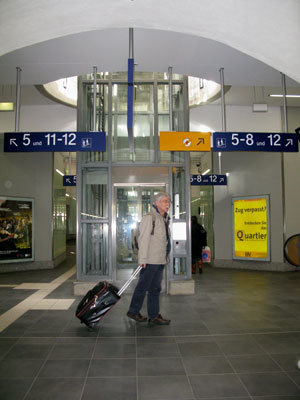 A great number of visitors will be particularly interested in Germany’s historical sights such as it’s cathedrals and castles, or it's traditions such as Bavarian food and the beer culture. But at the same time, it is a very modern country that offers a cutting-edge music scene, superb night life, avant-garde art and a significant body of left-wing literature.


The great public transport system makes it easy to get around and to enjoy the pulsating, major cities such as Berlin, Hamburg, Dresden and Munich, as well as idyllic, more traditional areas of the country such as the Black Forest, Thuringia, and the Rhine Valley.


Although often said to be reserved, Germans are generally personable and open. Manners are important, since in public it still remains a rather formal culture.

Places to go in Germany

Germany is a relatively recent country, since for most of its history it was made up of a number of city-states and independent principalities.


First occupied by the Roman Empire, then by the Holy Roman Empire, it was the Austrian Habsburgers that finally took over. It might be because of this particular history that a lot of Germans still have got a strong regional sense of identity.

Martin Luther brought the Protestant Reformation in 1517, which was also a cause for the start of the Thirty Years’ War.


Germany was something like the battlefield of Europe during this time. It was not before the end of the Napoleonic War and the rise of the Kingdom of Prussia that the country regained stability. It was the Prussian ‘Iron Chancellor’ Otto v. Bismarck that united Germany’s independent states so that, for the first time, the country was one.

Tensions with Russia, England and France were responsible for World War One (WW1).


The Weimar Republic was created after the defeat of Germany, but the impossible reparation payments weakened the new government, causing economic depression and hyperinflation, giving way to radical groups like Adolf Hitler’s National Socialists (Nazis).

By 1933 Hitler had become chancellor. He provoked war with Britain and France by attacking Poland in 1939. During WW2 an estimated 6 million Jews and another million other people were killed.


After WW2, Germany was divided into four occupation zones with three of them forming the Federal Republic of Germany (FRG) in the west of the country. In the other zone (occupied by the Soviets) the communist German Democratic Republic (GDR) was founded.

The GDR built a wall around West Berlin in 1961 (Berliner Mauer), considering of 40 years of capitalist and socialist co-existence full of tensions.


The Peaceful Revolution caused the fall of the Berlin Wall in 1989, and the reunification of Germany followed in 1990. This was cause for great celebration at the time amongst the masses in both east and west Germany, but has since led to tensions and political strife due to the huge cost of unification which has been borne largely by west German tax-payers.

Germany plays a leading role in the European Union. It is one of the states who continuously support the idea of a more unified Europe, regarding politics, security and defence.


Cornerstones of German democracy are the basic rights ('Grundrechte'), the principles of a democratic federal state, and the supreme court that watches over the constitution in order to ensure seperation of power.

With an area of about 355,000 sq km/137,000 sq miles, Germany occupies a central position in Europe. From Denmark in the north it extends to Switzerland and Austria in the south. It is surrounded by the Benelux Countries (Belgium, the Netherlands and Luxembourg) and France on the west, and by Poland and the Czech Republic on the east. It borders both the North Sea and the Baltic. Being part of the North European Plain, the North of Germany is generally low-lying and flat. Rising southwards towards the Alps on the Austrian border, central Germany and south Germany are hilly.

Being at the economic centre of Europe, Germany’s economy is the world’s third biggest and is regarded as one of the most advanced economies; it is strong, competitive and export-oriented and it has far-reaching effects outside Germany, especially in relation to other EU countries as well as central and eastern Europe.


The German economy is currently in a state of recovery, but is still far from operating at full strength. Unemployment in Germany has decreased over the past few years, although it still is relatively high.