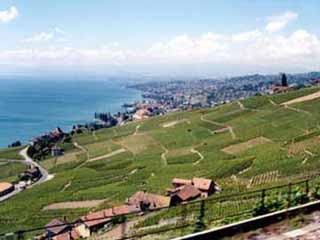 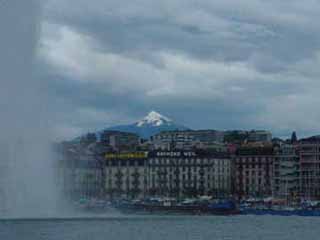 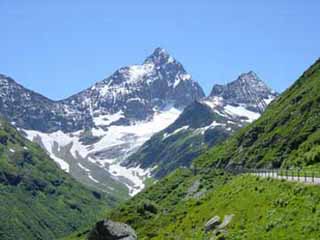 Switzerland is the country that brought you Heidi, absinthe and LSD. It is also known for its secret bank accounts, fondues, chalets and chocolates, but there is much more depth to the country than this small list would imply. It is a paradise for skiing fans; there are ski resorts like St.Moritz which is popular with celebrities or the more party-orientated Zermatt.


Besides the skiiers paradise, you’ll find small, idyllic villages with little alleys and tiny shops as well as cities that combine the old and the modern, such as Bern or Zurich.

Places to go in Switzerland

Switzerland stayed neutral during WW1 and only became involved in relation to the organisation of Red Cross units during the war. During WW2 however Switzerland's involvement has now become infamous having laundered money for Nazi Germany. It is also now known to have shut its borders to Jewish refugees and forcibly repatriated many of those who escaped Nazi-occupied Europe. In 1998, as some recognition for its acts of quiet anti-Semitism during the war, the Swiss government agreed to pay compensation to relatives of Holocaust victims whose funds were deposited in Swiss banks.


After the war, Switzerland was able to expand further its already powerful commercial, financial and industrial base. Zürich became an international banking and insurance centre, while many international bodies, such as the World Health Organisation, set up their headquarters in Geneva.


Switzerland joined the EEA (European Economic Area) but it declined to become a member of the United Nations or NATO since it was afraid that its neutrality might be compromised. It did join EFTA (the European Free Trade Association).


In 2002 Switzerland finally became a member of the United Nations and a year later Switzerland part of the EU's passport-free zone which pushed Switzerland closer to the EU in matters of crime and asylum. A few months later the country opened its job-market to 10 of the newest EU member countries.

Despite its diverse society, Switzerland has a rather stable government. The majority of voters support the government in respect of its policy on neutrality, and its foreign and defence policies.


Switzerland has a unique form of democracy. Any citizen has the constitutional power to challenge a law that has been passed by parliament as long as they have been able to gather 50,000 signatures against the law within 100 days. Where this happens they have the right to call a national vote where whether to accept or reject the law is decided by simple majority.

Generally mountainous and landlocked, Switzerland is a small country located in the heart of Europe. It covers total area of 41,000km² of which 1,500km² are water. Switzerland is surrounded by Austria and Liechtenstein in the east, France in the west, Italy in the south and Germany inthe north.


In the south and south east there are Switzerland’s well known Alps. North of the Alps, from east to west, there is the so called Swiss plateau, where most of the country’s population lives. North west of the plateau you’ll find the Jura Mountains. A big part of the northern border with Germany follows the Rhine River; the Rhine enters Switzerland near Schaffhausen. In the east, the border with Germany and a part of Austria is drawn through Lake Constance (German: Bodensee). It is the same for a bit of the southwest border with France – there it is Lake Geneva that acts as the natural border.

Based on international trade and banking, Switzerland’s economy is highly successful. The country’s standard of living, worker productivity, the quality of its education and health care systems are higher than any other European country. As well as this it has low inflation, and unemployment is almost negligible.


Temporary foreign workers represent approximately 20% of the labour force. Less than 5% of the population work in agriculture; the primary agricultural products are cattle and dairy goods. A lot of food and raw materials must be imported since mineral resources are scarce. Tourism is extremely important; it adds significantly to the economy and helps to balance Switzerland's trade deficit.


Switzerland is famous for its export manufactures such as motors, generators, turbines, and diverse high-tech products as well as chemical-pharmaceutical products. There is an enormous amount of international trade which passes through Switzerland, via its banking, insurance, shipping, and freighting industries.