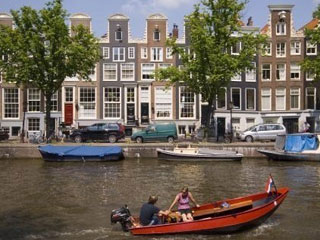 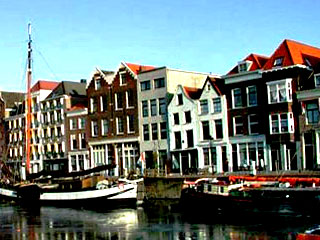 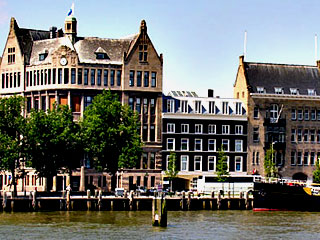 The country of amazing cities such as Amsterdam, Rotterdam and Den Haag is well known for its liberal attitudes towards social issues; Euthanasia was legalised under stringent guidelines in 2000, gay marriage was legalised in 2000 and prescriptions of medical cannabis became legal in 2003.

Places to go in Netherlands

Perhaps surprisingly given it's fame for liberal attitudes, Women in the Netherlands did not get the vote until 1922. The Great Depression of 1929 caused crippling effects on the Dutch economy which lasted well into the 1930s and had more serious consequences here than in many other European economies due to the economic and social policies being persued by the government of the time. This led to significant social unrest and even rioting in parts of Amsterdam.


The Netherlands stayed neutral during WWI and tried to be the same during WWII but were invaded by Germany. Most of the Netherlands’ Jews were killed and the country was devastated. Anne Frank has since become a symbol of the Jewish oppression through the writings in her diary during her time hiding from the Nazis in Achterhuis. She died shortly before the liberation of her camp in May 1945.


In the 1960s, Amsterdam became famous for the squatters’ movement and then in the 1970s the legalisation of Cannabis. In 2000, the legalization of euthanasia, same sex marriage and brothels took place adding to the country's reputation as a liberal haven.


The Netherlands along with France, West Germany (as was), Italy, Belgium and Luxembourg founded the European Coal and Steel Community (ECSC) in 1952. This organisation developed over the years to become what is now the European Union. It was also one of the founding members of NATO. This past together with it's position at the heart of Europe has led the country to be one of the main driving forces behind the closer cooperation and integration between European countries.

Members of the then EC assembled in Maastricht in 1992 to sign the paper that created the European Union.


This Dutch influence in Euro-politics further manifested itself in 1999 when it provided much weight behind the introduction of the Euro across most EU countries.


Right-wing politician Pim Fortuyn was shot dead, only a few days before the Dutch general elections in 2002, and the assassination of Theo van Gogh, a filmmaker and columnist known for his controversial statements about Muslims, followed in 2004. He was shot and stabbed repeatedly by an Islamic Morrocan. Arson and bomb attacks targeting Islamic schools as well as Christian churches show that despite apparent liberal attitudes in the country, there are serious ethnic tensions which still remain to be addressed.

In the Netherlands, there is the system of proportional representation, which, when combined with the historical and social division between Catholics, Protestants, Socialists and Liberals, has created a fragmented, multiparty system as a result. This is also the result of a system of politics whcih strives for common consensus on key issues within politics and wider society.


The country remains a monarchy and currently has Queen Beatrix as Head of State. She must co-sign all legislation before it can become law and as such she shares legislative power with the cabinet of the day. Executive power lies with the government.

Half of the Netherlands’ land mass (which covers 41,526 sq km) lies at or below sea level protected by a system of dykes, sand dunes and dams. This means that there’s always the danger of floods, especially in particularly low-lying areas like Zeeland, where, in 1953, 1835 people drowned due to regional flooding. The country’s highest point is the Vaalserberg (321m) in the province of Limburg.


The Netherlands is one of the most densely populated countries in the world and currently ranks in the top 15 (although of those only 3 have populations in excess of 10 million).


The country is located at mouths of three of Europe's largest rivers namely the Rhine, the Maas or Meuse, and the Scheldt.

The Netherlands’ economy is the 23rd largest in the world and could be described as open and prosperous, being extremely dependent on foreign trade. Unemployment and inflation are fairly low, whilst the country enjoys a sizable current account surplus.


The country has an important role as a European transportation hub and has built up a significant industry around this e.g. in Rotterdam which is one of the world's busiest ports. Other important industries include the food processing industry, the chemicals and petroleum refining industry and the electrical machinery industry. Agriculture and dairy farming also remain as major factors within the Netherlands economy; the country is famous for its cheese and meat production and beets, potatoes and tomatoes are important crops. Tourism and the financial sector contribute to the Netherlands’ wealth too; Amsterdam for example, is one of the world's major financial centres as well as attracting millions of tourists each year.