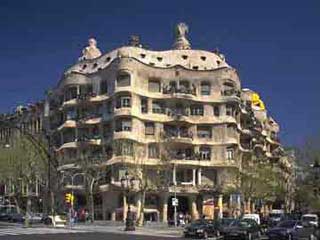 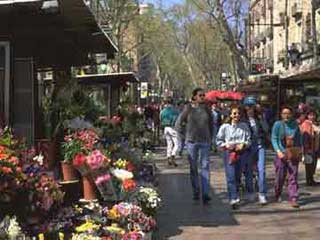 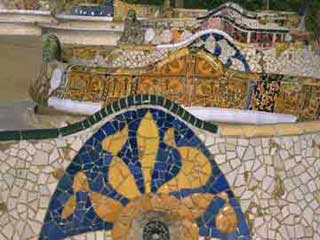 Spain has got more to offer than just flamenco dancers and bullfights – the whole country is a fascinating combination of the traditional and the modern. Festivals, historical sites and customs on one hand, cutting-edge art and design on the other. Even the landscape is everything at the same time: There are the peaks of the Pyrenees and the flat plains of Castile, the rocky shores of the Costa Brava and the desert-like regions of Almeria. The country’s architecture follows the same varied pattern: from Roman ruins to medieval cathedrals or Moorish architecture – Spain has got it all!

Places to go in Spain

The elections of 1931 saw a clear shift in favour of the Republican movement when most major cities rejected candidates supporting the monarchy although rural towns still seemed to retain their support for the monarchy. The force of the republican movement was eventurally so strong that in April 1931 the King was forced to abdicate. This precipitated a period of unrest and hardship and eventually in 1936 a 3-year civil war.


During Franco's 40-year dictatorship which began in 1936 when he took over as Head of State and Commander and Chief of the Armed Forces, Spain was isolated by economic blockades, excluded from NATO and the UN and strongly affected by economic recession. The growth of Spain’s tourism and a treaty with the USA in the 1950s that provided the country with much needed funds made recovery possible.


With Juan Carlos on the throne (after Franco’s death in 1975), Spain turned from dictatorship to democracy. The first elections followed in 1977, a new constitution was drafted in 1978.


In 1986 Spain joined the EC (now the EU) and in 1992 Barcelona hosted the Olympic Games, Seville hosted the Expo and Madrid was declared European Cultural Capital. Spain was riding high!


In 2004, a terrorist attack in Madrid killed 192 people and led to great anger but also self-reflection amongst the Spannish population. Recently the Socialist government has been responsible for significant social reforms, such as legalising gay marriage and granting residency papers to almost a million illegal immigrants.


The two major political parties in Spain are:


The Socialists won power in the 2004 elections in the aftermath of the terrorist attacks in Madrid.


Spain covers about 85 percent of the Iberian Peninsula; its Mediterranean coast is 1,660 km long, and the Atlantic coast 710 km long.

Spain is currently the 9th largest economy in the world.


With the Oil Crisis in 1973, which caused about 10 years of severe industrial crisis in Spain (1975-1985), the need to modernize the economy and join the European Community became obvious.


In 1986, Spain joined the European Community (now European Union (EU)), which made it necessary for the country to open its economy, and modernize its industrial base. With support from the EU, Spain improved its infrastructure, reduced Public debt and unemployment as well as inflation.


The country's tourism industry has continued to grow in importance and value and is now the second largest in the world and critical to the country's economic well-being. This has also had a knock-on effect on the country's property industry and prices which have also seen a huge boom in recent years.