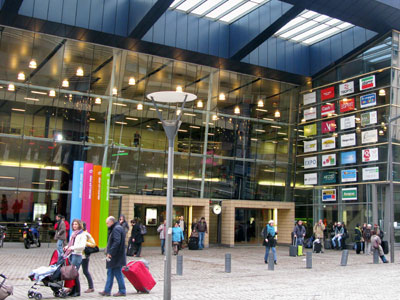 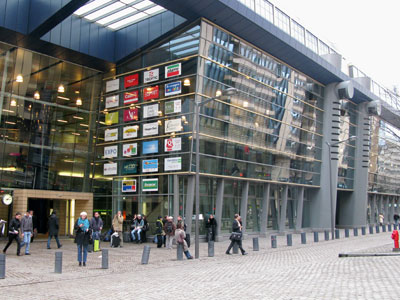 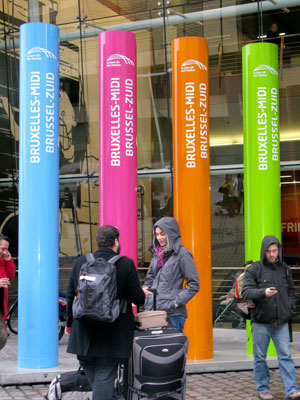 The country of Belgium is situated at a strategic point in north-western Europe and as a result of this has historically always been a place where others wanted to stake their claim. As a result of this past where various groups have conquered and ruled in different periods of history, Belgium now benefits from a rich cultural background with influences from Austria, Spain, France and the Netherlands amongst many others being particularly prevalant. These influences live on today in the cultural heritage including the Belgium architecture, art and lifestyle.

Places to go in Belgium

The area now known as Belgium has witnessed a great deal of political, economic and cultural change in its history going right back to the first century BC when it was under Roman rule.


In more recent history, Belgium was until its independence in 1830, a prized area amongst many French conquerors in particular and witnessed much conflict during the Franco-Spanish and Franco-Austrian wars of the seventeenth and eighteenth centuries. The 1794 French Revolutionary Wars led to the Low Countries being annexed by the French First Republic, ending the previous Spanish-Austrian rule in the area. The reunification of the Low Countries as the United Kingdom of the Netherlands then only followed after the fall of the First French Empire in 1815.


Independence of Belgium under a provisional government and national congress was established in 1830 as part of the Revolution which took place. The crowning of King Leopold I in 1831, resulted in Belgium becoming a constitutional monarchy and also parliamentary democracy from then on.


A shadow in Belgium's history was created in when in in 1908 the Congo Free State was given to Belgium as a colony (thereafter known as the Belgian Congo). Following this colonisation and whilst Leopold II's remained Head of State to whom the territory had been gifted, he was said to have been responsible for numerous acts including the proporgation of slavery, use of torture, and the murder of millions of Congans with the aim of seizing local raw materials and resources such as ivory, previous stones and rubber.


After Germany invaded Belgium in 1914 during the first world war, much of the subsequent WW1 fighting which took place was on the Western Front which was in Belgium. Belgium was invaded once again during the early part of the second world war by the advancing German troops as part of the blitzkrieg, and remained occupied territory until liberation by Allied troops at the end of the war.


After 1945 Belgium became a part of the many international initatives to strengthen relations and alliances between countries. It joined the NATO organisation which then also had its HQ in Brussels, and it was also at the forefront of the formation of the Benelux group of nations (included Belgium, Netherlands and Luxembourg). This trend of building international alliances and coalitions continued when in 1951 Belgium was to become a founding member of the European Coal and Steel Community, and in 1957 when it joined the European Atomic Energy Community and European Economic Community (now the EU).

Today's Belgium is based on the political foundations of a constitutional, popular monarchy and a parliamentary democracy which emerged in order to resolve the tensions routed out of the old political system. Particularly after WW2 the autonomy of the two main communities saw a sharp rise in intercommunal tensions which then led to the constitutional reforms which eventually took place in the 1970s and 1980s. A three-tiered federation was established leading to the creation of federal, regional, and linguistic community governments to eliminate as far as was possible any linguistic, cultural, and/or economic tensions.


Centre-right coalitions have dominated the political landscape since the 1970s although most recently this pattern was broken by a centre-left coalition. The politial scene is still dominated by the three main political parties, with smaller frational groups operating on the perifary.


The current King Albert II is the head of state although as is common in other European monarchies now, this position comes with very limited political powers. Officially he will appoint the prime and other ministers (as proposed by the Chamber of Representatives) to form the federal government. Interestingly, the Belgium constitution demands that there are equal numbers of Dutch- and French-speaking ministers in the government.


As well as having a strong multi-cultural past, Belgium remains a multilingual country with three national languages and distinct regions with their own identities. The terrain is broadly made up of flat coastal plains in northwest, rolling hills in the central areas and the rugged mountains of the Ardennes Forest in the southeast of the country.


Flanders in the north of the country which incorporates the cities of Antwerp, Ghent and Bruges, is a flatland intersected by canalways and particularly known for its history of medieval art. Moving further south in Belgium is the region of Wallonia. Here the landscape is more of rolling hills and encompasses the cities of Liege, Narmu and Tournai as well as the famous Ardennes and many beautiful castles and stately houses. The city of Brussels is almost a region unto itself and has established itself as one of the dominant cities in Europe. As the home to both the European Union and NATO organisations, it has attracted a cosmopolitan population, accompanied by significant international trade and economic wealth.

Belgium's economy is clearly linked to its geographical and political status at the hub of Europe. It has a highly developed transport network, productive workforce, high GNP and high levels of exports all of which it has used to its advantage in recent years. However, the economy of the country is split on a regional basis with the northern Flemish area faring much better than the Walloon region's economy which still lags behind.


The country as a whole has relatively few natural resources, therefore forcing it to import significant quantities of these. Materials which is does have and therefore uses to export include coal, natural gas, construction materials, silica sand and carbonates. Roughly 75% of its trade in natural resources and manufactured goods is within the EU. However, because of a relative shortage of raw materials, Belgium also imports significant quantities including rough diamonds, petroleum and petroleum products, chemicals, clothing and accessories, and textiles.


In addition to being a founder member of the modern-day EU, Belgium and Luxembourg also formed a single trade market within a customs and currency union in 1922, known as the Belgium-Luxembourg Economic Union. This is still in place today.


An interesting feature of the Belgium economy is that the income distribution is relatively equal, particularly when compared to some of its fellow EU-members.