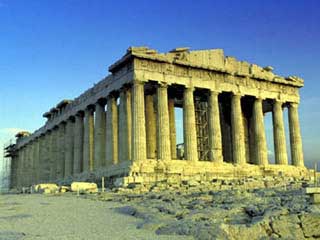 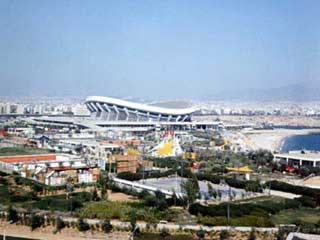 The Peace and Friendship Stadium 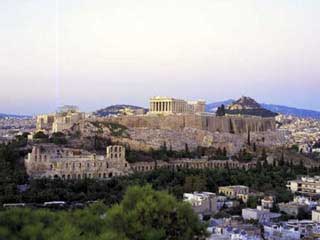 Greece has got a magical combination of ancient archaeological sites and a relaxed, cosmopolitan vibe. There are islands with breathtakingly beautiful beaches; the clarity of light in Greece is well-known, as is the country's amazing variety and abundance of flowers and plants.


Immigration has a huge impact on Greece’s social landscape; immigrants make up approximately 10% of the population (the majority of these come from Albania). Traditional customs are always present in every day life. The young Greeks tend to also follow established traditions, but are more outward looking than the older generations.


About 98% of the population belong to the Greek Orthodox Church. Roman Catholics, Protestants, Evangelists, Jews and Muslims form the remainder.

Places to go in Greece

After the decline of the Ottoman Empire in the 19th century, Otto of Bavaria was installed as king (helped by European powers), followed by George I of Denmark in 1862.


During WW1 Greece sided with the Entente powers against Turkey and the other Central Powers which led to the victorious powers awarding parts of Asia Minor to Greece after the war. Several conflicts between Turkey and Greece boiled over in the years after with territorial battles between them spilling over into the Greco-Turkish War of 1919 - 1922 (also known as the War in Asia Minor). The outcome of this was to establish a Turkish state and return Greece to it's pre-WW1 borders.


During WW2, despite heavy resistance the country fell to Germany in 1941 after which many people fled for Australia, Canada and the United States. Even after liberation, Greece and its people suffered further with the outbreak of a bitter civil war between communist insurgents and the right-wing government forces which continued until 1949.


The Greek economy recovered rapidly after the war with the aide of the US's Marshall Plan loans and later through the emergence of the tourist industry.


An army coup d’etat in 1967 was followed by a time of brutality and repression. The occupation of Cyprus by the Turkish became a big issue in Greek politics, and it still is.

Parties that entered the Greek parliament in the 2007 elections were the two dominant parties: the conservative right 'New Democracy', the centre-left 'Panhellenic Socialist Movement' as well as the Communist Party of Greece, the Coalition of the Radical Left and for the first time the far-right Popular Orthodox Rally. The New Democracy retained power (although with a reduced percentage of the popular vote) whilst the Panhellenic Socialist Movement suffered its worst defeat in 30 years as the influence of the smaller parties gains pace.


Greece joined the European Union in 1981 and held the Presidency of the EU from January to June 2003. The country is also a member of the North Atlantic Treaty Organisation (NATO) which it joined in 1952, the United Nations (UN), the International Monetary Fund (IMF), the Organisation for Security and Cooperation in Europe (OSCE) and the Organisation for Economic Cooperation and Development (OECD).

Greece is made up of 1,400 islands at the southern end of the Balkan Peninsula with 169 of these currently being inhabited including the popular tourist destinations of Crete, Rhodes and Kos.


Greece covers an area of 131,900 sq km of land and over 400,000 sq km of water. Of the land belonging to the country, nearly 80% is made up of hills or mountainous terrain. This helps to contribute to the very varied landscape which is present in the country ranging from beautiful long beaches, open countryside, rich forests and mountains. Over 50% of the country is actually covered in forest land making it a very green country. It is also interesting to note that there are almost two different climates operating in Greece; with the western part of the country being dominated by an Alpine climate whilst the remainer is more mediterranean in climate and vegetation. Athens lies on the border of the two systems and so has an interesting mix of weather!


Perhaps a little-known face is that Greece is one of the most seismically active areas of the world!

Greece’s economy is growing fast and has improved a lot in recent years. Still, Greece is one of the poorest members of the EU and is the country with the second-to-lowest average income.


The country is a net importer of industrial and capital goods, foodstuffs and petroleum. Particularly important are manufactured goods, food and beverages, petroleum products, cement, chemicals and pharmaceuticals.


The tourism industry contributes significantly to Greece and is vital to the country's economy. Every year the country welcomes a number of tourists greater than the country’s total population. Shipping is another important industry within Greece’s economy due to it's geographic position.