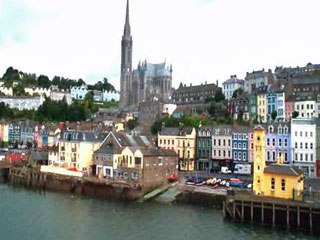 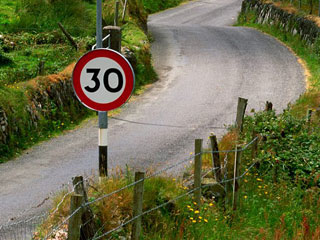 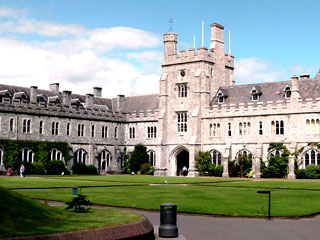 The Ireland of Stone Age tombs, green hills, medieval castles and cliffs does still exist, but there is also another side to the country: Ireland is developing into one of Europe’s most prosperous countries, with vibrant cities that offer an incredible range of activities and sights for locals and visitors alike to enjoy. The Irish are typically immensly warm and friendly, despite their country's often troubled past.

Places to go in Ireland

The Catholic, nationalist Sinn Féin ("Ourselves", SF) party had huge support in the 1918 general election. The party's elected deputies constituted themselves as the first Irish parliament, which increased the tensions. After the British attempts to crush Sinn Fein the Anglo-Irish War of 1919-21 started.


The Anglo-Irish treaty of 1921 brought an end to the war; it established the Irish Free State of 26 counties within the Commonwealth. The country was also divided into Ireland and Northern Ireland, Northern Ireland remaining as part of the United Kingdom.


Irish politics remain dominated by the two political parties that grew out of Ireland's civil war, Fianna Fáil ('Soldiers of Destiny'/Republican Party; formed by those who opposed the 1921 treaty that divided Ireland) and Fine Gael (Tribe of the Gaels'/United Ireland Party; pro-treaty).

Politically, Ireland consists of the state Ireland and the UK constituent country Northern Ireland. Coalition governments are common in Ireland. The two main political parties Fianna Fáil and Fine Gael were both created after the great split in Irish politics in 1922/23. Fine Gael supported the 1921 Anglo-Irish Treaty and Fianna Fáil were against the Treaty. Although there are other political parties in Ireland, its political landscape is dominated by these two.


The country is a member of the European Union and has become one of its success stories. Having benefited enormously from the free trade which has come with EU membership, Ireland's economy has blossomed.

Ireland is an island in northwest Europe, situated in the North Atlantic Ocean. Its geography is characterized by low central plains surrounded by a ring of coastal mountains. Carrauntoohil (Irish: Corrán Tuathail), with its summit being 1,041m above sea level, is the country’s highest peak.


The island is divided by the River Shannon, which is the longest river in Ireland. Situated west of Great Britain, it is separated from Britain by the Irish Sea and from mainland Europe by the Celtic Sea. It covers a total area of 84,412 km²

Agriculture was once the most important sector in Ireland’s economy, but today this is dwarfed by the importance of it's industry. Exports remain the most important reason for Ireland's growth. Unemployment is relatively low but is rising. Next to Luxembourg, Ireland has the second highest per capita income of any EU country and it ranks fourth in the world in relation to Gross Domestic Product (GDP) per capita.