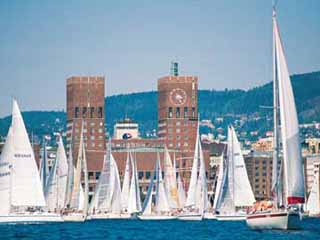 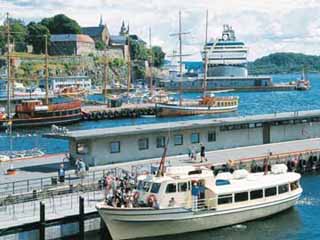 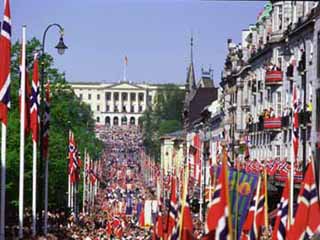 Norway’s cities are full of stylish cafes, cutting edge Scandinavian design and rich history. The largest cities are Oslo, Bergen, Trondheim and Stavanger and each has much to offer to its visitors.


From Tromso to Stavanger, the country’s rural wilderness is also stunning: there are fjords, glaciers and mountains, all linked by a network of hiking and skiing trails. Make sure you enjoy the local fish specialities that Norway is famous for.


The vast countryside and forest areas lead to many remote communities and a population density which is amongst the lowest in Europe.

Places to go in Norway

Norway remained neutral during WW1 and attempted to do so during WW2 too, however it was of too great a strategic importance and was attacked by the Nazis in 1940. Following this King Hakon established an exile government in England and most of Norway's merchant fleet was put under the command of the Allies. Although occupied until the end of the war, there was an active resistance movement in place. The royal family returned in 1945.


Norway has been rather reluctant when it comes to forging close bonds with other European countries although it did join NATO in 1949 and the European Free Trade Association (EFTA) in 1960. In 1972 and again in 1994 however, it voted against joining the EC (now EU).

Norway's political system stems from its constitution signed originally in 1814 when the system of absolute monarchy was changed to one of a constitutional monarchy. The King even today retains symbolic powers and has symbolic executive power, however in practice it it the Council of State and the Prime Minister who exercises this. Legislative power is vested in the government of the day and the Storting (parliament) and the Judiciary always remains independent of both the Executive and Legislative bodies.


Norway has a a multi-dimensional party system with strong representation from the whole political spectrum. There are the socialist parties, such as the Social Left Party and the Labour Party, or right–wing parties like the Party of Progress and the Conservative Party. The Centre Party, the Christian Democratic Party and the Liberal Party occupies the middle of the political spectrum.


Other political parties like moral-religious Christian parties, parties that are especially concerned about regional policy issues or parties that try to protect environmental values are also well represented in the Norwegian political scene.

Located in the north of Europe (on the northwestern part of the Scandinavian Peninsula), Norway borders the North Sea to the southwest and the Skagerrak inlet to the south; in the west, it borders the North Atlantic Ocean (Norwegian Sea) and the Barents Sea to the northeast. In the east, there is a long land border with Sweden, a shorter one with Finland t othe northeast and another with Russia in the far northeast.


Norway has one of the longest and most rugged coastlines in the world and is one of the world’s most northerly countries as well as one of the most mountainous ones. It has vast areas dominated by the Scandinavian Mountains which make for some wonderfully dramatic landscapes. Only 3% of Norway is arable with mountains covering over half of the country’s landmass. Norway is famous for its fjords and glaciers: Sognefjorden is the world's second deepest fjord and Hornindalsvatnet is Europe’s the deepest lake.

The economy of Norway has grown continually since the start of the industrial era. Shipping has long been an important factor of Norway's export sector, but much of Norway's economic growth has been the result of its abundance of natural resources, especially petroleum, hydroelectric power, and fisheries.


Agriculture and traditional heavy manufacturing are now less important than they used to be for Norway’s economy. The public sector has grown rapidly in parallel with the economy as a whole now being among the largest in the world relative to the size of the population.


Norway’s main industries are those relating to petroleum and gas, to shipbuilding, pulp and paper products, metals, timber, mining, textiles and fishing. The main exports are petroleum and petroleum-related products, machinery and equipment, metals, chemicals, ships, and fish.