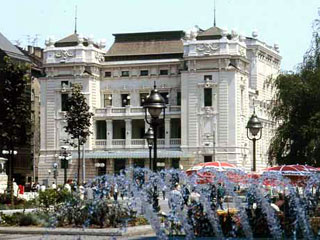 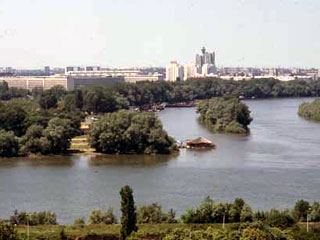 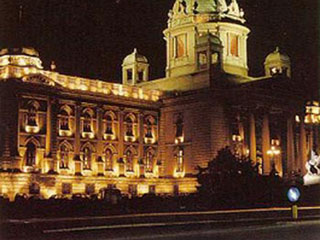 After years of war, Serbia is beginning to re-emerge as a tourist destination and it is rapidly becoming one of Europe's most popular 'undiscovered' spots.


Particularly in the capital Belgrade, you’ll find museums, galleries, and world-class opera and theatre productions. The city's club scene is new and exciting. Novi Sad, known as the 'Serbian Athens', is situated along the banks of the Danube and play host to 'Exit', southeast Europe's largest music festival.


Aside from its many beautiful towns and cities, Serbia offers stunning vineyards, majestic gorges and huge national parks.

Places to go in Serbia

It was Austria's declaration of war on Serbia in 1914 which marked the beginning of WW1. After winning several battles, Serbian troops were eventually driven out of much of the Serb territories by Austrian, German and Bulgarian forces. By the end of the war 58% of Serbia's male population had been lost creating immense social issues which have taken a great deal of time for it to recover from.


The fall of the Austro-Hungarian and Ottoman Empires after WW1 provided the opportunity for the Kingdom of Serbs, Croats and Slovenes to be proclaimed in December 1918. A political crises in 1928 led to the King Alexander I taking advantage and assuming power. He banned political parties and took the step of renaming the country Yugoslavia.


Yugoslavia was invaded in WW2 and divided between Germany, Hungary, Italy and Bulgaria. Communist partisan leader Tito, who led the successful resistance movement, became leader of the federal republic of Yugoslavia in 1945. While Serbia became a republic, Kosovo and Vojvodina were denied that status. In 1986, there was a war for a ’Greater Serbia’ under communist leader Milosevic. Serbia and Montenegro formed a third Yugoslav federation that held no independence for Kosovar Albanians – in 1998, violence erupted in Kosovo.

In 1999, Serbia began to ‘get rid’ of its Albanians with hundreds of thousands taking refuge in Macedonia and forcing NATO to take action; Kosovo became a UN/NATO protectorate and the Serbian forces withdrew. In the federal presidential elections of 2001 Milosevic was defeated.


Yugoslavia rejoined the UN. Later that year, Milosevic was arrested and put before the war crimes tribunal in The Hague, he died in 2006.


The Yugoslav federation was replaced by a loose union of Serbia and Montenegro in 2002; in 2006, the remainder of Yugoslavia was dissolved by the Montenegrins’ voting for independence.

Serbia has a multi-party system in which there are so many parties that no one alone has a chance of gaining power and therefore they must work together to form coalition governments. Currently, Serbia has got 342 political parties. The National Assembly of Serbia has 250 elected representatives and is elected every 4 years.


Amongst others, Serbia’s main political parties include: Serbian Radical Party (SRS), Democratic Party of Serbia (DSS), Democratic Party (DS), Serbian Renewal Movement (SPO), New Serbia (NS) coalition (the only declared advocate of the monarchy) and G17 Plus (they fight for for economic reforms, a better quality of life, and membership of the European Union).

Serbia is located in south eastern Europe, bordering the Adriatic Sea, between Albania and Bosnia and Herzegovina. It covers a total area of 102,000 sq km, of which all but 200 sq km is land mass, he remainder being water. It has 2,246 km of land borders that it shares with Albania, Bosnia and Herzegovina, Bulgaria, Croatia, Hungary, Macedonia and Romania. 200km of Serbia’s borders are coastline.

For Serbia’s economy, it is the service and agricultural sectors that are particularly important. UN economic sanctions in place between 1992-1995, and the damage to the country's infrastructure and industry during the NATO airstrikes in 1999 damaged Serbia’s economy. It further suffered as a consequence of it losing the markets it had previously served in the former Yugoslavia and the SEV.


Many economic problems remain such as the high unemployment rate, high export deficit and large public debt, however prospects are generally now thought to be good for the country.


After 2000, the country experienced a certain degree of economic growth. Preparation for membership of the European Union has forced economic reforms which have had a positive impage, whilst the EU is now also Serbia's most important trading partner.