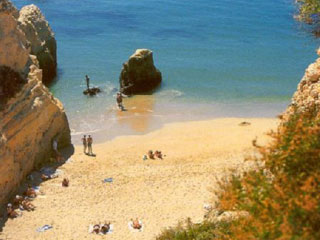 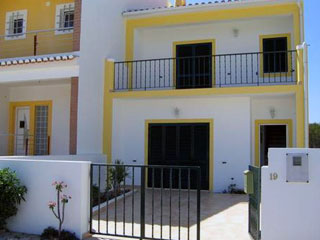 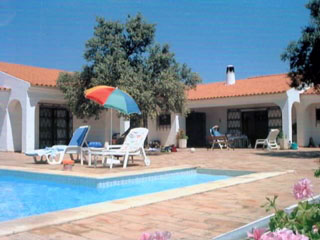 Portugal is still a country of ancient stone villages, historic cities and places on the coast that look like century-old seafaring towns; it has preserved a strong sense of identity and national character, although each province has its own traditions and folklore.


The Portuguese will generally welcome you with typical Latin hospitality: they are open, warm and very polite. Casual clothes are generally okay, although beachwear should not be worn in towns, restaurants, etc. Except for in cinemas, in theatres and on buses, smoking is permitted everywhere in Portugal.

Places to go in Portugal

After the abolition of the monarchy in 1910 and the creation of the First Republic, Portugal's rulers set about surpressing all religion in the country and forcibly creating a secular society. A period of restlessness, conflict and political instability ensued.


In 1926, a military coup caused by harsh political and economic conditions, and a disastrous intervention by Portugal's rulers in WW1, was followed by the dictatorship of Antonio de Oliveira Salazar. Dissatisfaction with the Salazar regime and the colonial war in Africa led to a peaceful military coup in 1974 and the end of Portugal's colonial history followed in 1975/76 when all but two of its colonies won independence.


Between 1970 and 1980 there were extreme swings between the political left and right, but the fact that Portugal joined the EU (in 1986) gave the country a certain degree of stability. It was host to the EXPO in 1998 and to the European Football championships in 2004; in 2001, it became European Capital of Culture.

2005 was the year of the worst drought and bushfires in Portugal’s history-devastating the country’s agricultural sector.

Since the revolution, the political landscape in Portugal has been dominated by the Socialist Party and the Partido Social Democrata, although the Popular Party had been present in some post-revolution governments too. A coalition of the Portuguese Communist Party and The Greens holds the presidency of several municipalities.


The parties that are represented in the Assembly of the Republic (Parliament) are the Socialist Party, the Social Democratic Party, the Communist Party, the Popular Party , the Left Bloc and the Green Party.


In 2000, the general popularity of Portugal’s Socialist government was decreasing, and after Prime Minister Antonio Guterres resigned in December 2001, a coalition government was formed by the centre-right Social Democratic Party (PSD), headed by new Prime Minister Durao Barroso, and the Popular Party.


After 2005’s general elections Prime Minister Jose Socrates and his new Cabinet were sworn in; Socrates said his priorities were the economic growth of the country and the fight against growing unemployment. The winner of the January 2006 presidential poll, Anibal Cavaco Silva (a former Prime Minister), is the first centre-right politician to be President since the military coup of 1974.

Situated on the southwest part of the Iberian Peninsula, Portugal shares borders with Spain in the north and the east, while to the south and west lies the Atlantic Ocean. The country is divided into various provinces that include the Atlantic islands of Madeira and the Azores. The Douro, Guadiana and Tagus rivers flow across the border from Spain. The north of Portugal is mountainous, the highest peak being the Serra da Estrela, a popular ski resort. South of Lisbon there are the vast plains of the Alentejo region. A range of mountains divides the Alentejo from the Algarve, which is one of the most popular tourist areas with its sandy beaches and beautiful bays.


Portugal’s membership of the European Union since 1986 has helped the country to establish stable economic growth and development. This has come largely as a result of strong trade ties and an inflow of funds that were allocated by the European Union in order to improve the Portugal's infrastructure.


Portugal joined the economic and monetarian union and since January 1999 the Euro has been the official currency.