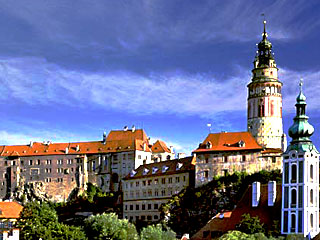 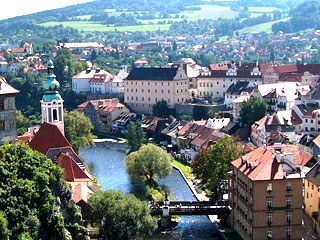 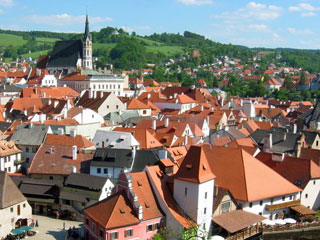 Prague, the Czech capital has in recent years been the main attractor of overseas tourists into the country. It is hailed as one of the most beautiful cities in the world with its rich history, however there are also many other aspects of the Czech Republic which are notable tourist destinations.


The Czech Republic is home to no fewer than 12 UNESCO heritage sites - the densist population of them anywhere in the world. It is blessed with countless historical towns, impressive castles, historical chateaux, churches and monasteries.


In recent years the tourist board has also tried to attract visitors to the Czech Republic on the basis of the outdoor and sporting activities on offer including cycling, golf and ski enthusiasts each of which are now comprehensively catered for following the tourist industry's development over the past decade in particular. This development has also seen a revival of the country's spas which are numerous and generally have water of excellent quality.

Places to go in Czech Republic

Beginning in the sixteenth century, Bohemia (which incorporates the modern-day Czech Republic) became increasingly controlled by the Habsburgs. After the fall of the Holy Roman Empire, Bohemia became part of Austrian Empire and later of Austria-Hungary.


It was as a consequence of the fall of the Austro-Hungarian empire after WW1 in 1918 that the Republic of Czechoslovakia was created. This newly established nation was the sum of the regions previously known as Bohemia, Moravia, Silesia, Slovakia and Carpathian Ruthenia, although it also included significant German, Hungarian, Polish and Ruthenian speaking minority communities. The new Czechoslavkian state granted significant rights to its minority populations, however notable was that these rights did not grant them any territorial political autonomy. This perceived lack of political freedom bred discontent and created a movement amongst the minorities which looked to break away from Czechoslovakia.


It was this discontent which was exploited by Adolf Hitler when, supported by Konrad Henlein's Sudeten German National Socialist Party, as part of the Munich Agreement he gained control of the largely German speaking Sudetenland. Subsequently Poland took up occupation of Polish inhabited areas around Ceský Tešín and, as part of the first Vienna aware in 1938, Hungary gained parts of Slovakia and Subcarpathian Rus, later to be renamed "Czecho-Slovakia".


The Nazi occupation of Czechoslovakian regions during WW2 created further significant change in the country's history. The occupation only ended in May 1945 with the arrival of Soviet and American armies and the Prague uprising. Subsequently almost all the 2.7 million German minority population of Czechoslovakia was expelled to Germany and Austria, often held in prisons, detention camps, and used in forced labour. Only those Germans who had been active in the anti-Nazi resistance movement and those crucial for the rebuilding of the Czechoslovakian economy were not expelled, although many later left of their own accord.


After the war the Czechoslovakian Communist Party rapidly grew in popularity and membership, and in the 1946 elections they won 38% of the votes and thereby the status of the largest parliamentary party. Initially they formed coalition governments however in 1948 the Communists took over or liberated (depending on who is asked) key locations in Prague and formed an all-Communist government.


Over the next 40 years the Communist government was a member of the 'Eastern Bloc' and pursued its Communist political programme including the nationalization of industry and establishment of a command economy. The emerging Communist economy proved very successful during the 1950s and 60s, but flagged in the 1970s and increasingly in the 1980s.


Initially the political climate was seen as highly oppresive, although increasingly in the 1960s, it became more transparent and tolerant as "socialism with a human face" was introduced during the Prague Spring. This increased openness was crushed on 21 August 1968 by the Warsaw Pact invasion. From 1968 until 1989 the political environment was returned to one of oppression and insulation under Soviet direction.


November 1989 was a key time in Czechoslovakia's history as the peaceful "Velvet Revolution" took place and eventually returned the country to democracy. The Slovak people's aspirations for their own political autonomy reached a pinnacle when in January 1993, there was peaceful agreement to split the country into two independent republics; the Czech Republic and the Slovak Republic.


Since its beginnings, the Czech Republik has grown in international status. It has achieved this through many means including through establishing its place in international pacts, economic groups and treaties, such as its membership of the Visegrad Group, the OECD, NATO and most recently in May 2004 the European Union.


The Czech Republic is a pluralist multi-party parliamentary representative democracy, where the Prime Minister is the head of government. The Parliament is bicameral, with the Chamber of Deputies (Czech: Poslanecká snemovna) being the lower chamber (200 members) and the Senate being the upper chamber (81 members).

Direct elections are held for each chamber with partial proportional representation determining membership of the lower chamber (only parties with 5% minimum of the popular vote are eligible to take up parliamentary seats). Czech citizens over the age of 21 are eligible to stand for the lower chamber, but only those over the age of 40 are permitted to stand for the upper chamber.


The Civic Democratic party and the Czech Social Democratic Party currently dominate the political landscape. Smaller parties represented in both chambers are the Communist Party, the Christian Democratic Union and the Green Party.


The President is not elected directly but indirectly through a joint conference of both parliamentary chambers. The President is elected for a 5 year term and can only stand for a maximum of two terms.

The Czech Republic is landloacked in central Europe and is surrounded by Germany in the west, Poland in the north, Slovakia in the east and Austria in the south. As such, it does not have any direct access to the sea. Waters and mountains dominate the country's landscape, with mountain ranges surrounding the republic on most sides, acting as a natural border boundary. Notable is that several of Europe's largest and strategic rivers such as the Elbe (which is one of Germany's most significant rivers), originate in the Czech Republic.


The Bohemia region of the west has a landscape dominated by a basin, drained by the Labe (Elbe) and the Vltava rivers. This is surrounded by a series of largely low-lying mountains e.g. Sudetes as part of the Czech Highlands. The eastern Moravia district is similarly relatively hilly and is home to the source of the Odra (Oder) river as well as having the Morava river flowing through it. The West Carpathian Mountains are situated in the eastern part of the country.

The Czech economy has flourished since the end of Communism and particularly since its membership of the EU in 2004. It has become one of the most stable and prosperous of the former Communist states as foreign direct investment as well as export levels have increased creating a knock-on effect that has seen domestic demand increase significantly.


The overseas investment it has attracted has come following the government's programme of reforms, infrastructure development and its privatisation programme which has encompassed sectors including banking, telecommunications, and energy. Other significant FDI has come in the car-making industry such as by Volkswagen and Hyundai who have looked to take advantage of lower labour costs compared to their respective domestic markets.


The export industry has been powered by exports to the EU (representing over 85% of Czech exports), most notably Germany which in itself accounts for over one third of all exports. This concentration of export markets has made the Czech economy highly dependent on the success of its neighbours' economies. The strategy going forward is for it to focus on so-called 'priority' markets including China, Russia and the middle-east to create greater diversity. The primary exports supplied are machinery and transport equipment, followed by other commodities and industrial products.


Tourism has become a substantial source of income for the Czech economy making up over 10% of all export earnings, over 5% of GNP and employing approx 2% of teh Czech population. The tourist industry is still concentrated in certain areas however, therefore leading to regional variations in wealth. The historic capital city Prague remains the primary tourist destination and is the main point of entry into the country for tourists. Other major cities have also benefited from foreign visitors in recent years, e.g. the spa towns of Karlovy Vary and Mariánské Lázne.


The Czech tourist board is seeking to sell the country as a destination for outdoor pursuits and as a consequence, areas such as Ceský Ráj, Šumava and the Krkonoše mountains have attracted increased visitor numbers in recent years.


The last Czech government had expressed its aim to join the Euro-zone in 2010, however this has had to be postponed due to the republic's budget deficits.