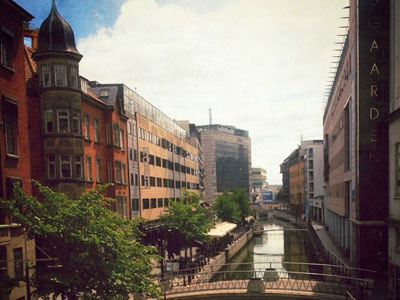 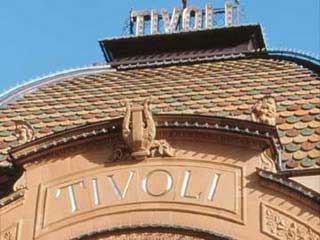 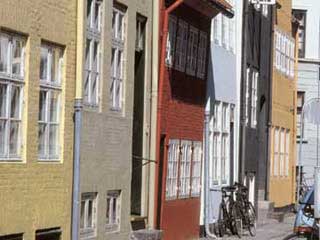 The smallest, most southerly of the five nordic countries (when excluding its offshore territories), Denmark is host to a mix of beautiful, rural landscapes and lively city life. In recent times the country has moved away from its rather violent and occupational past when Danish Vikings attempted domination of most of Europe. It is now viewed as a benchmark for modern-day society, with liberal, progressive policies, a strong culture of free speech and an enviable welfare system.


Although the climate is relatively mild all year round (considering its northerly location), the main tourist season is during the summer months of July and August when the days are lighter and longer. During these months tourists and locals alike can enjoy the variety of activities staged across the country including street-festivals, longer opening hours for tourist attractions, open-air concerts and beach-side activities.

Places to go in Denmark

The latter part of the 18th century saw many localised wars in Europe, during which Denmark exploited its position of neutrality by trading with all sides. It's economy therefore flourished at this time, e.g. through trade during the Napoleonic wars with both France and the UK. It joined the League of Armed Neutrality with Russia, Sweden and Prussia which the British took objection to and viewed as a hostile act such that it attacked the Danish capital Copenhagen in 1801 and again in 1807. It was these attacks which marked the end of the propserous Florissant Age and culminated in the Dano-British Gunboat War.


Following the end of the Napoleonic wars, the Congress of Vienna determined in 1815 that the Dano-Norwegian union should be disolutioned and Norway be given to Sweden; a union which lasted until 1905. Denmark however retained control of the colonies it had; Iceland, the Faroe Islands and Greenland. In addition to these nordic colonies, Denmark also still controlled Danish India from 1620 to 1869, the Danish Gold Coast (Ghana) from 1658 to 1850, and the Danish West Indies (also known as U.S. Virgin Islands) from 1671 to 1917.


In 1864, the Prussians under Bismarck and the Austrians declared war on Denmark as an initial step to precipitate the unification of Germany, after which Denmark was forced to concede the region of Schleswig and Holstein to Prussia. This defeat is said to have left significant scars on Denmark's national sense of identity and thereafter led to its return to a policy neutrality, which continued during the first world war.


At the end of WW1 and Germany's defeat by the allied powers, the allies proposed the return of Schleswig-Holstein to Denmark from the previous German control. Following plebiscites on the issue, Northern Schleswig was returned to Danish control, an event which is still celebrated by a public holiday in Denmark today on 15 June.


Nazi forces invaded Denmark in April 1940 during the second world war. The ruling King Christian x at the time suggested that the Danish people accept the occupation and thus the Nazis experienced only two hours of military resistance before the Danish government surrendered. However notable was that Denmark was the only occupied country during WW2 that ensured the safety of its entire Jewish population, which it did by smuggling all Jews out of the country.


1944 marked the beginning of fundamental changes in Denmark's relationship with its overseas territories when Iceland severed all ties to Denmark and thereby became an independent republic ending a union which dated back to 1380. Another union dating back to 1380 was with the Faroe Islands. This union ended in 1948 when the territory was granted home rule. Greenland was granted home rule in 1979.


After WW2 war, Denmark became one of the founding members of the United Nations and also NATO. In 1973 it became a member of the European Economic Community (now the European Union).

The Kingdom of Denmark is a constitutional monarchy. The monarch who is the Head of State, has the theoretical power to appoint and to dismiss government ministers including the Prime Minister. Government bills and legislation, before receiving Royal Ascent must be put before a privy council which is headed by the monarch. In practice however, since the introduction of parliamentary sovereignty in 1901 there has been a de facto separation of powers and these decisions are exercised by the Prime Minister and the parliamentary Cabinet, receiving the formal consent of the Monarch.


Executive authority is therefore exercised on behalf of the reigning monarch by the prime minister and the cabinet (collectively the Government). The government is always answerable to Parliament, the legislative body. Judicial power lies with the independent Courts of Justice.


The Parliament (Folketing) which holds full legislative power, consists of 179 members elected by a system of proportional representation in elections held every four years as a minimum; 175 members are elected in Denmark and 2 seats each are reserved for Greenland and the Faroe Islands. The nature of proportional representation in Denmark has historically given rise to coalition governments. This has encouraged a strong sense of cooperation between political parties over the years and an ethos of concensus over key decisions made e.g. surrounding the establishment and potential reform of the welfare state.


Since 2001 Anders Fogh RasmussenSince has been Prime Minister from the center-right liberal party which has been a departure to the historical trend as centre-left coaltions have tended to be in power since WW2.

Denmark is the most southerly of the nordic countries and covers the Jutland peninsula, and 443 individually named islands inluding Zealand (which is home to the capital city Copenhagen), Funen, Lolland and Dalster, and many smaller islands. Many of the larger islands are connected to the mainland and each other via a network of briges. Only 76 of the islands are inhabited. The Faroe Islands and Greenland also remain as dependencies, however these are now self-governing.


Denmark is almost entirely low-lying, with an average height above sea level of just 31 metres. The warm current created by the North Atlantic Drift tends to ensures a mild climate, although the northerly location does mean that even summer temperatures are just under 16 degrees celcius on average. The country is also windier than average, particularly in the winter.


The northerly location of Denmark also has an impact on the length of each day compared to more southerly countries. Some winter days can be very short, particularly around Christmas time, whilst in the summer the opposite can be the case when Danes enjoy and celebrate long days and light evenings.


Denmark is home to the Scandinavian majority, but there are also significant Inuit, Faeroese and German minorities.

Denmark has a very modern and efficient market economy. It features a high dependence on foreign trade, a high-tech agricultural industry, and high standards of living as well as being able to support an enviable system of social welfare. Despite the apparent market-driven economy, Denmark combines this successfully with a high degree of unionisation amongst the workforce. Although the level of membership has declined in recent years it still remains around 75% of the total working population. The relationship between employers and unions is generally a cooperative one such that serious disputes are rare.


Today's export industry in Denmark is focussed on agriculture and industrial machinery, teak and oak furniture, meat, fish, and poultry and metal manufacturing. The primary export partners are the EU (foremost Germany with approx 19% of all exports) and thereafter the US with approx 7% of all Danish exports.


Significant products imported are machinery, metals, motor vehicles and fuels. Again, Germany is the primary source of Danish imports counter-balancing the exports to Germany, with the remainder of the EU also being significant.


Following an economic downturn in the 1980s and 1990s when high unemployment, significant public-sector expenditure and foreign debt as well as high tax rates dominated, the Danish economy has now been turned around. Tight fiscal and monetary policies along with an increasing export market brought about a reduction in unemployment to approx 3.7% (May 2007), a balanced budget and a strong export market. Tax rates remain high with 38% the minimum income tax rate for adults and VAT at 25%, however this appears not to have halted the economic growth of recent years.


Concerns have been raised recently that future economic growth could be stifled by a lack of skilled labour. The fear is that on the one hand there will be insufficient to fill the increasing numbers of skilled jobs being created in Denmark. The other consequence is that for skilled persons that are in the workplace, wages will be pushed up leading to inflationary pressures. Whether Denmark's decision (despite meeting convergence criteria) not to join the Eurozone will have long-term effects on its economy is also still open to debate.